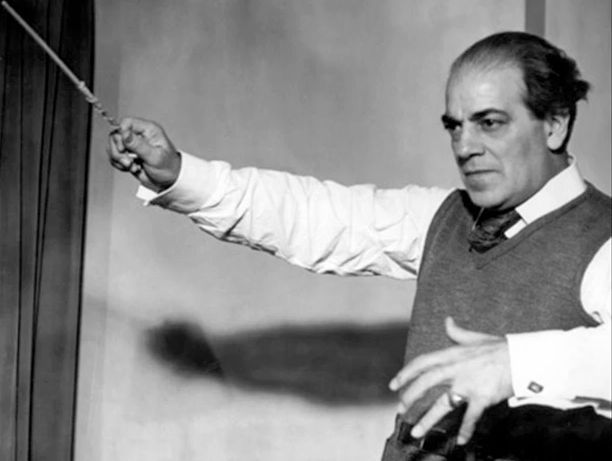 I wish to provide some materials concerning Villa-Lobos that are not commonly available.

First, an excerpt from a book called Villa-Lobos, Visto da plateia e na intimidade (Villa-Lobos seen on stage and intimately). This book was written and self-published in the early 1970s by Luiz Guimarães (aided by other family members), younger brother of Lucilia Villa-Lobos. Lucilia married Heitor Villa-lobos in 1912, and he left her in 1935. Upon their marriage, Heitor moved into Lucilia's mother's house, and the younger brothers lived with Heitor and Lucilia following the death of their mother. The brothers were very close to Heitor VIlla-Lobos throughout his life. They were upset that biographies of Villa-Lobos largely omitted their sister, and wanted to set the record straight. The book is filled with documentation of concerts (in which Lucilia performed) and many other valuable historical materials. There is a short section in which Luiz writes his reminiscences of life with Villa-Lobos, together with two short segments written by Lucilia, from a memoir in manuscript. As far as I know, that manuscript has not yet come to light. In any case, despite some quirks of writing style, this is an invaluable, intimate account of Villa-Lobos the man, written by someone who spent years with his early in his life. The book is rather hard to come by, and has not been translated to my knowledge.

Next comes my translation of Antonio Chechim FIlho's account of the Excursão Artistica Villa-Lobos. This concert tour of the interior of the state of São Paulo, which took place in 1931-32, was the beginning of Villa-Lobos' prodigious project, to create a music education system for the entirety of Brazil. Accompanied by his wife, Lucilia, who served as piano accompanist, a vocalist, and a solo pianist, as well as the piano technician Chechim, he gave lecture recitals at over 100 different cities, trying to lay the groundwork for the understanding of classical music by the masses. The tour ended with a massive "civic exhortation," in which some 10,000 musicians and school children took part, the model for the later, even larger productions that characterized his activities in the 1940s.

Chechim's account of this trip provides a unique portrait of the composer, under a wide range of conditions and over a long period of time. Included are accounts of the composition of O Trenzinho do Caipira (the original version for cello and piano, later orchestrated) and Caixinha de Musica Quebrada. (Note that Chechim lists specifically 117 cities and towns, naming them, and says there were others as well. This figure is far larger than the number given by various other sources. The discrepancy is probably due to listing the more minor places, where a short lecture and demonstration, perhaps with an upright piano, was given).

And finally, my translation of a lecture by João Souza Lima, that was printed in 1969 in Presença de Villa-Lobos, a publication that appeared annually for several years following Villa-Lobos' death, containing essays by various people who had known Villa-Lobos. Souza Lima was a pianist, who went to Paris to study in 1918, and was still there when Villa-Lobos went to Paris and during his two sojourns there. He was helpful in introducing Villa-Lobos to various musical and artistic figures, and performed his works on several occasions. The two returned to Brazil together, and Souza Lima took part in the Excursão Artistica Villa-Lobos described by António Chechim Filho. Souza Lima's recollections of these times provide a vivid portrait of Villa-Lobos, with some invaluable descriptions of how he worked when composing.